Posted at 18:00h in COLLABORATIONS, STYLE by Musemo Handahu Comments

Driving the Ford Ranger made me wonder who people imagine I am when they see me in this big truck. I noticed a lot of men being captivated by it. While stopped at a traffic light, two men crossed in front of me, pointing and taking a longer look. Even after they were further away, they occasionally turned around. To them, I was almost invisible and from a marketing POV, what a win!

Before you scroll away to see the juxtaposed storyboard I created, from a woman who loves test-driving new cars but knows very little about their technical specifications, a Saber-toned Ford Ranger gave me some life lessons.

1. It’s ok to take a break from an idea, focus on something else and re-launch later!
Ford discontinued this truck in 2011. They concentrated on their bigger truck offering, the F-150, in their U.S market and saw a massive growth in sales. 8 years later the Ranger is back with a few tweaks and ready to make a mark in its truck size range!

2. The Ranger and I are a mis-match made in heaven.
Most trucks I’ve seen during my weekend with the Ford Ranger had all kinds of tools and machinery piled on top of each other. The ranger is rugged and capturing the vehicle allowed me to match my softness to this rugged beast. After a few days, I loved it and realized that as opposites, we make a great team! In my perfect world, I own a farm with the cutest llamas and this will be the ride I have when I leave the animals to head to a fashion event!

3. A product can work in one region and not another and that’s ok!
The Ford Ranger was discontinued in 2011, but only in their U.S markets and production wasn’t halted internationally. In fact, they introduced a bigger version in international markets. The last 2 years I’ve been in South Africa and Zimbabwe, it’s hard to miss this truck on the roads!

Let me know what you think of the storyboard. Also, I’ve driven the Ford Edge (here), Ford Mustang (here) and Ford Fusion (here) 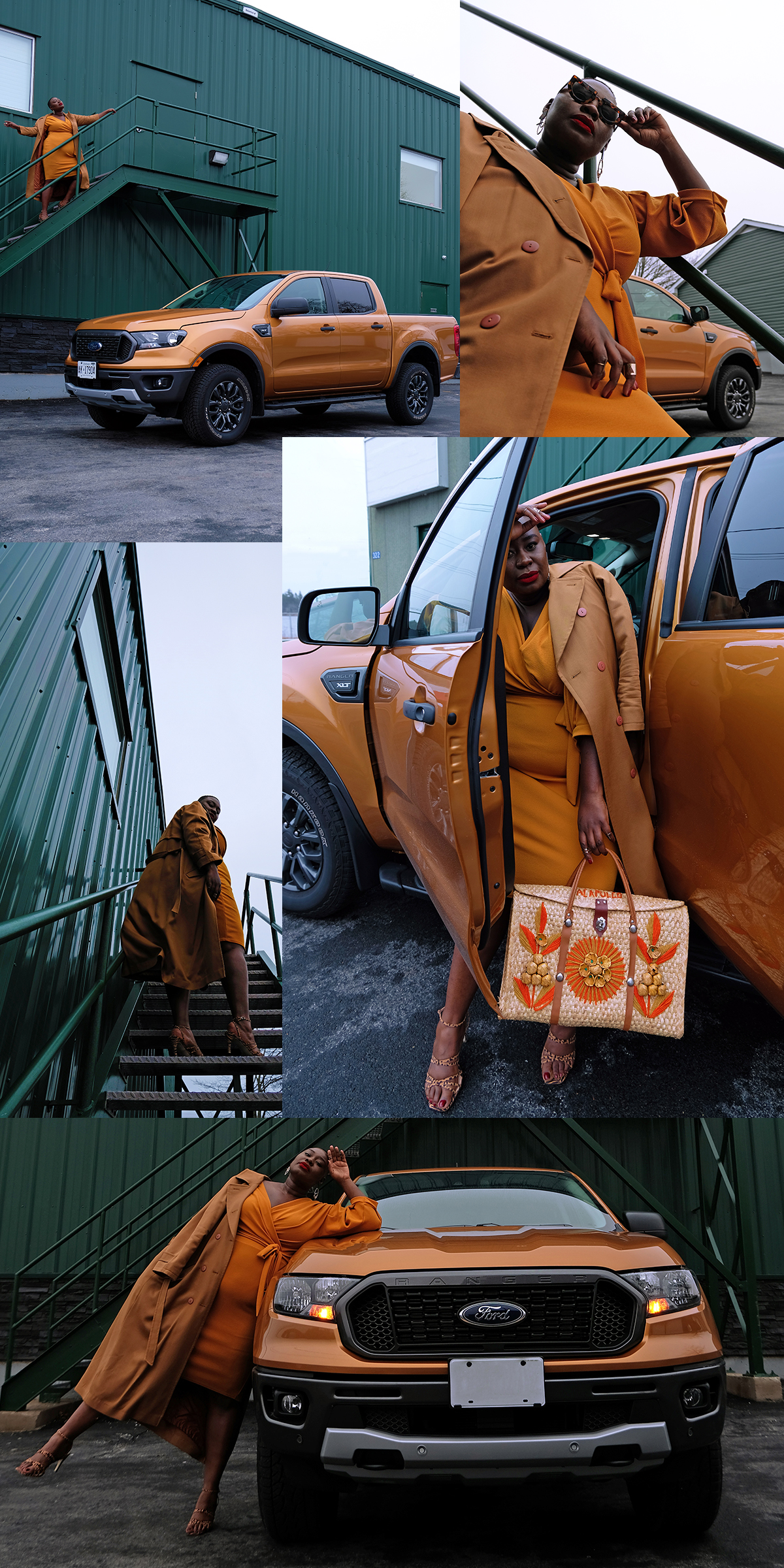